Robert the Bruce, hailed by many as Scotland’s greatest King, is buried in Dunfermline, just 12 miles from our Brewery. Bruce is a true icon who, although seen as an outlaw by some, was hailed as a hero by his loyal supporters.

We hope that this beer, created in his honour, will inspire such devotion. It’s a strong, but smooth, oaty, 5% abv. brew that stands out from the crowd.

Click the video above to find out more about Outlaw King itself. 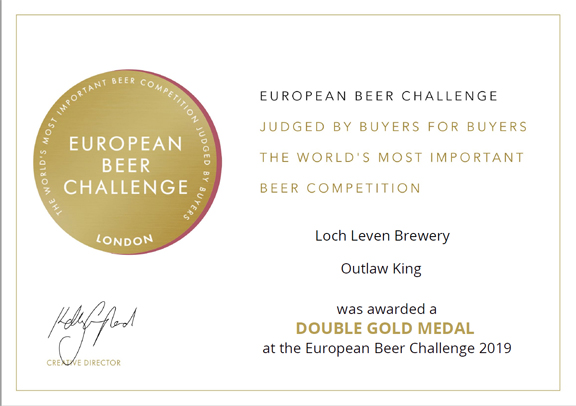